I practiced some defensive calendaring today (which is pretty bad for a retired dude, but the part-time job can create some schedule challenges 😉 ), marked off the afternoon, and drove about 20 miles from my house to where the Haw River runs into Jordan Lake (central NC). The spring weather was spectacular, with temperatures in the low 80’s and blue skies. It’s “yellow season” with the pine pollen every and spring busting out all over. My goal was to catch some white bass on their spring spawning run up the river.

I got to the Robeson Creek canoe landing about 1:30PM, after taking care of a few things in the “office” during the morning. I rigged up, and headed down the trail from the parking lot. I crossed Robeson Creek, and walked upstream past the end of the impoundment to the running water. There were a few fishermen around, mostly with buckets they were hoping to fill, and I walked upstream to a pool that had worked for me in the past.

The water was pleasantly cool and perfect for wet wading.  The water level was low, and the river was clear.  If the water had been high or stained, this wouldn’t work, as the Haw is like wading on greasy bowling balls.  It’s a big river, and if the water is up, it gets too deep pretty quickly. I cast a black sparkle wooly bugger a few times, but I wasn’t feeling the love with that fly. I put on a white Shenks’s streamer, and immediately hooked up with a nice little white bass. These guys can put quite a bend in the rod, especially when they leverage the current. 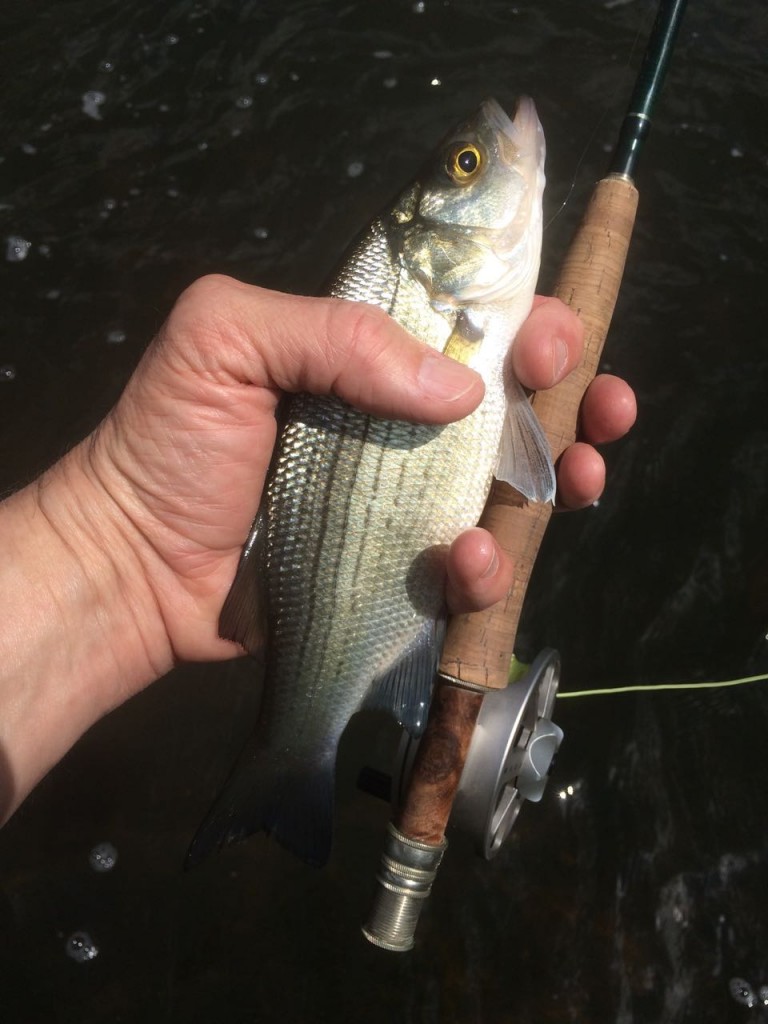 I fished for about two hours, an hour in one place, and then moving upstream to another spot for another hour.  I caught about 15 white bass, several small largemouth bass, a few sunfish, and one nice black crappie (below). All fish were on the same white Shenk’s streamer. All the white bass were medium-sized males.  I didn’t see any of the larger females; they’ve not come up the river yet.

About 4PM, I decided I’d had a great day, the bite had slowed, and I headed for shore and the trail back. Got back home before 5PM, in time to sit on the porch with my wife and a glass of wine.  Not a bad day!