I’d been eagerly awaiting the “trout season” at Camp Clearwater lake, just a handful of miles from my house in Chapel Hill, NC. The lake is seasonally stocked with rainbow trout by the local Trout Unlimited chapter and it’s run as an annual cold-weather catch & release fishery. The trout get acclimated very quickly, getting tuned in on the mayfly and midge hatches, and can be quite challenging to catch.

I arrived just after the gates opened at 9am, having booked one of the eight angler slots. While I was rigging up, my buddy Sam pulled up, and we strategized on fly selections for a chilly, overcast day. The morning was above freezing, unlike the previous day, thankfully. I started with a Chili Pepper, having used it to great success at Clearwater in February. I caught a nice trout on my second cast! 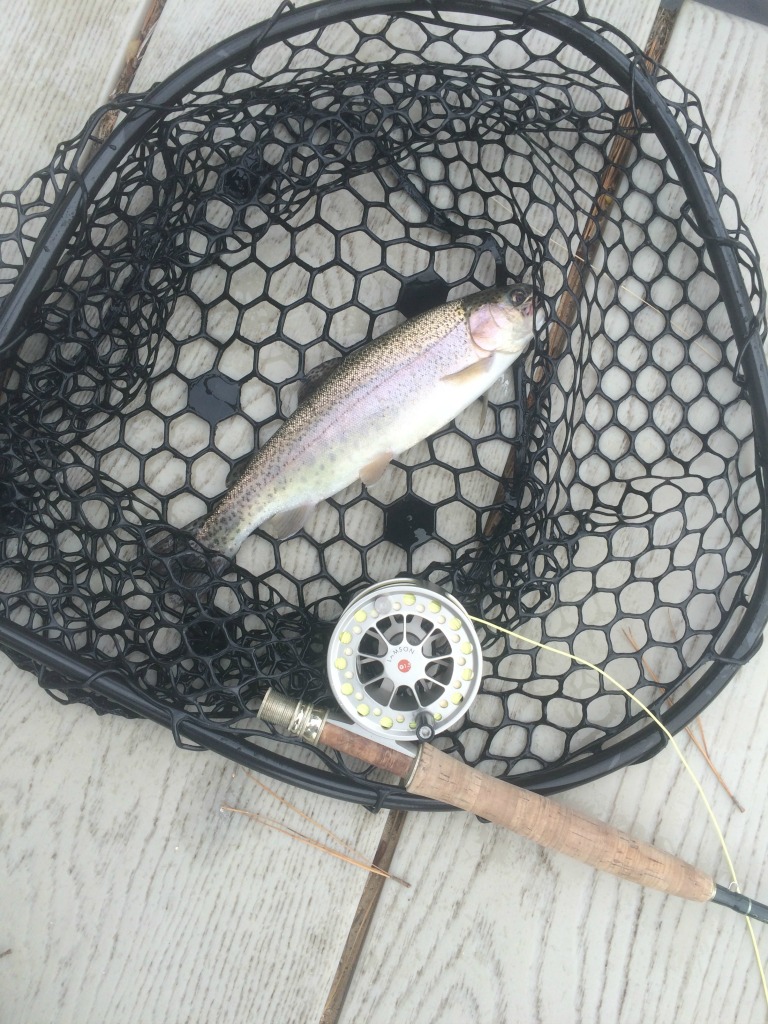 I had a couple more strikes, but then things went cold for me. Some of the guys on the other side of the lake seemed to be doing better, and we figured we’d swap intel at lunch. I picked up this very nice fish in the late morning, also on the Chili Pepper, but overall it was a slow morning. 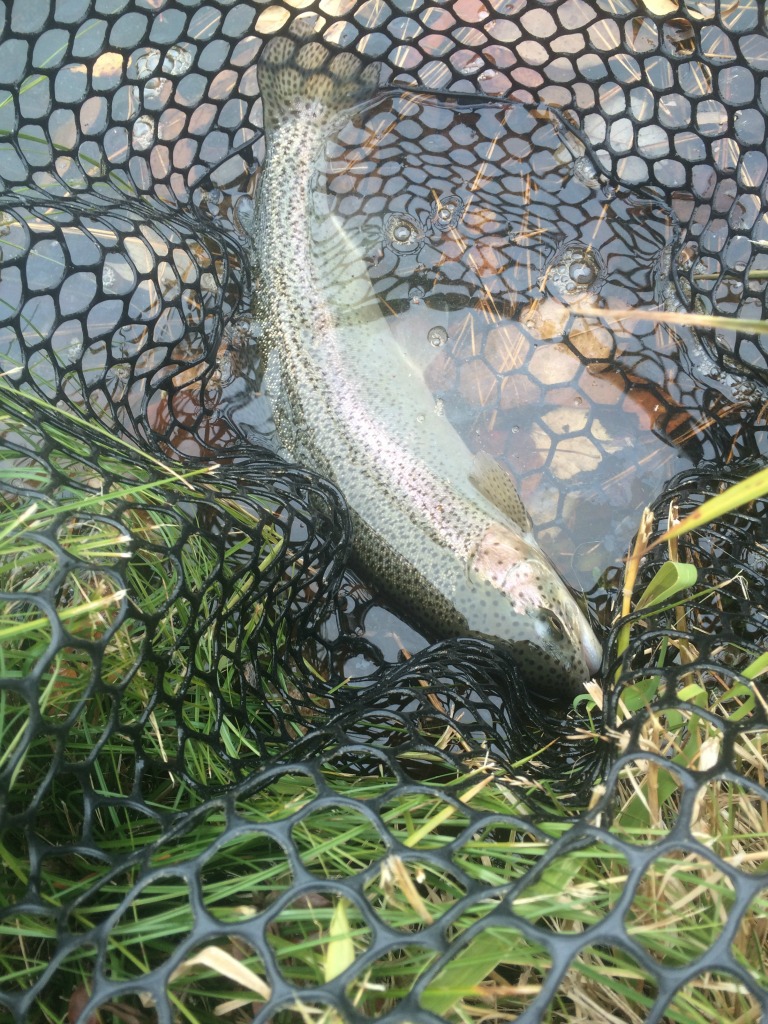 We saw that some folks were having success with nymphs suspended below a strike indicator, a technique we’d used at Clearwater before. I lost a really nice fish to a bad knot and then promptly landed several nice fish, including this one below, using a stimulator for an indicator with a bead-head flashback pheasant tail dropper. 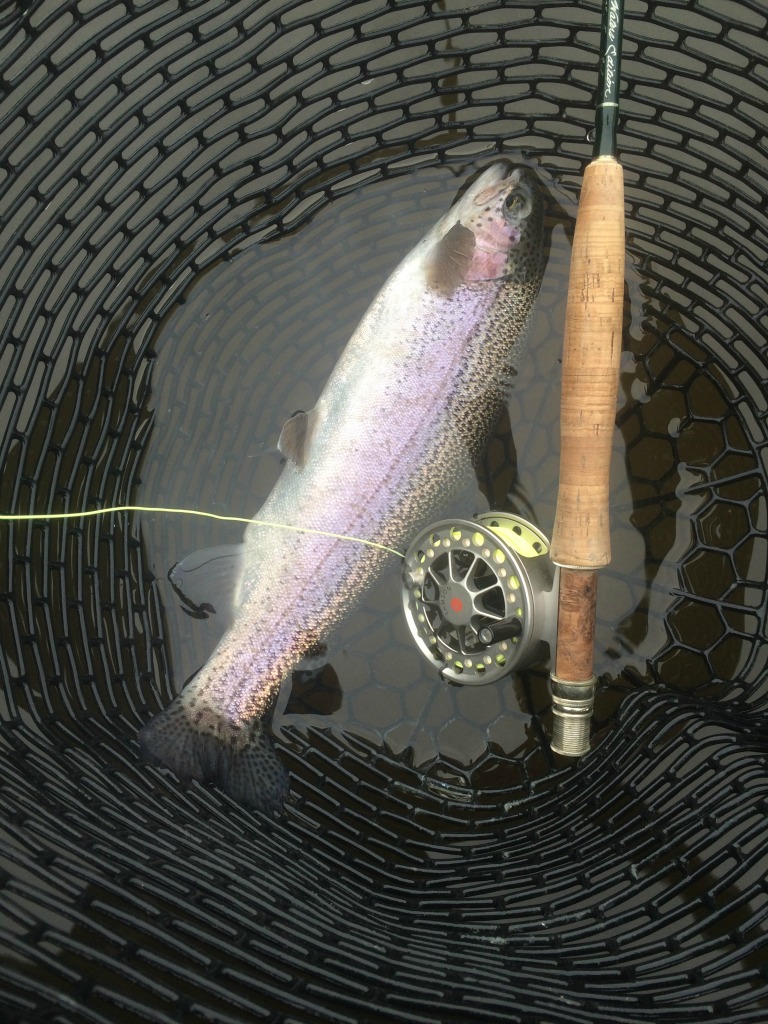 We were casting well out into the lake, 40-50 feet, and the takes were slow and soft, but the action was steady. Then, Sam picked up 3 or 4 fish on a tiny midge dropper.  It was a size 20 bead-head that had a brown body, called a “Sweet Thang,” and it sure was. In the meantime, I’d not had a strike for a while on the pheasant tail, the air was filling with midges, and trout were jumping. I bummed a “Sweet Thang” from Sam, and  we each caught several more nice fish on that combo (again, I had the stimulator as an indicator).

We ended the day with the pleasant feeling that you have when you’ve caught plenty of fish, and when you LDR one, that’s great, since you didn’t have to net ’em. I headed home about 4:30 and lifted a beer to a great time with good friends and fine fishing.