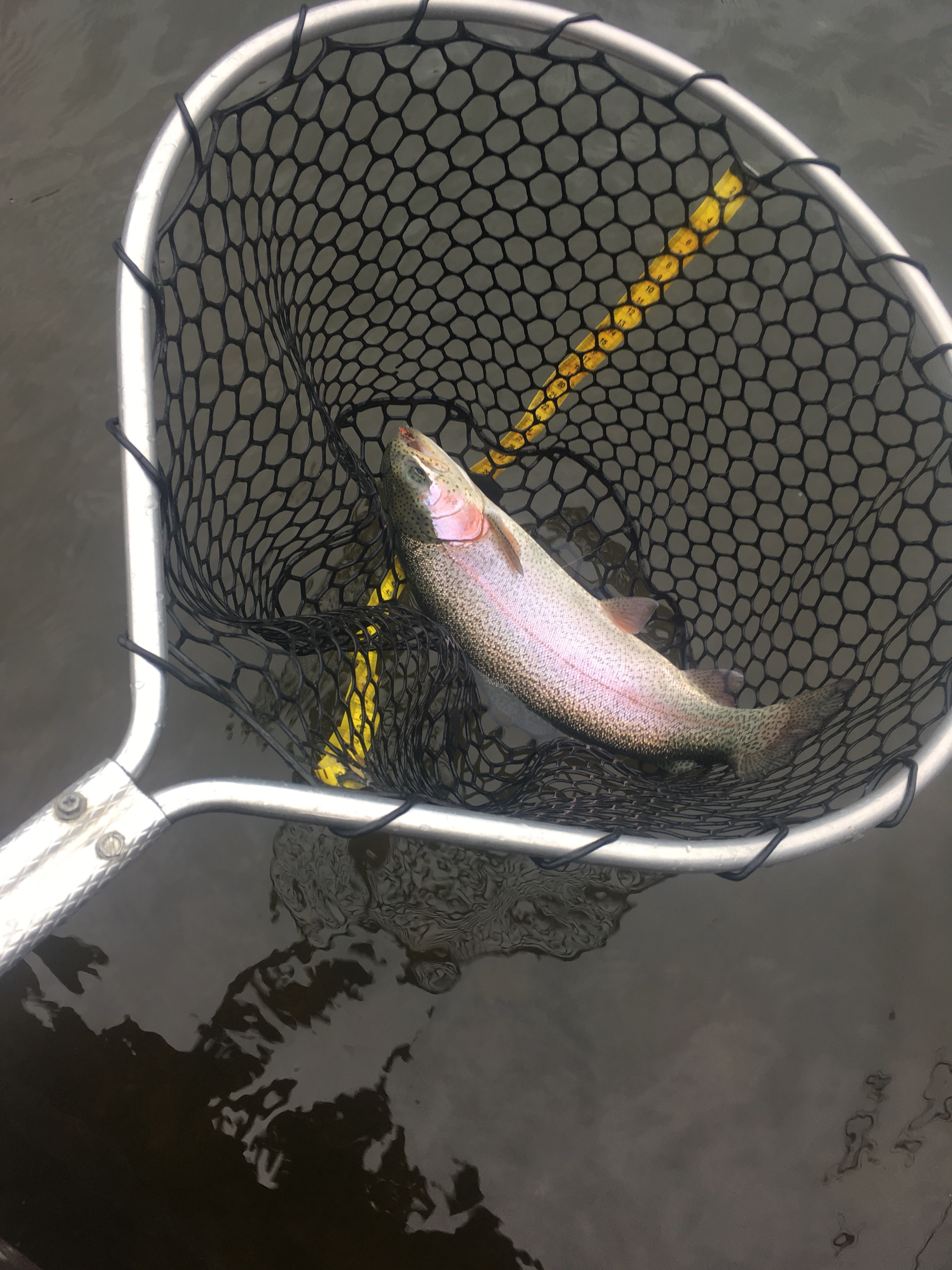 The first day of Daylight Savings Time means getting up early, more so when you have a two hour and 45 minute, 155 mile drive. A lot further than when this was only 15 minutes from the house, before we moved. My alarm went off at 5:15 so I could make coffee and get out the door to meet Sam at the EV charging station at Durham Regional Library, so I could get a charge on the Bolt while we fished (used 95 kWh for the round trip, so with 60 kWh battery, with temps in the 40s, I needed several hours of juice). Sam picked me up at 8:30, and we headed to Clearwater, for the TU-sponsored stocked winter stillwater trout fishery. It started very slow…only one guy (of 8 rods on the lake) was catching fish, and he caught several while I was watching. I asked him what he was using, and he was fishing a dry as a soft hackle fly, just below the surface. I did the same, and promptly caught a couple nice fish.

Sam was on the other side of the lake, so I walked around the lake to where Sam was fishing, and suggested we have lunch and debrief. We ate, and then went back to to casting stations where the action had been. He promptly caught a nice one! 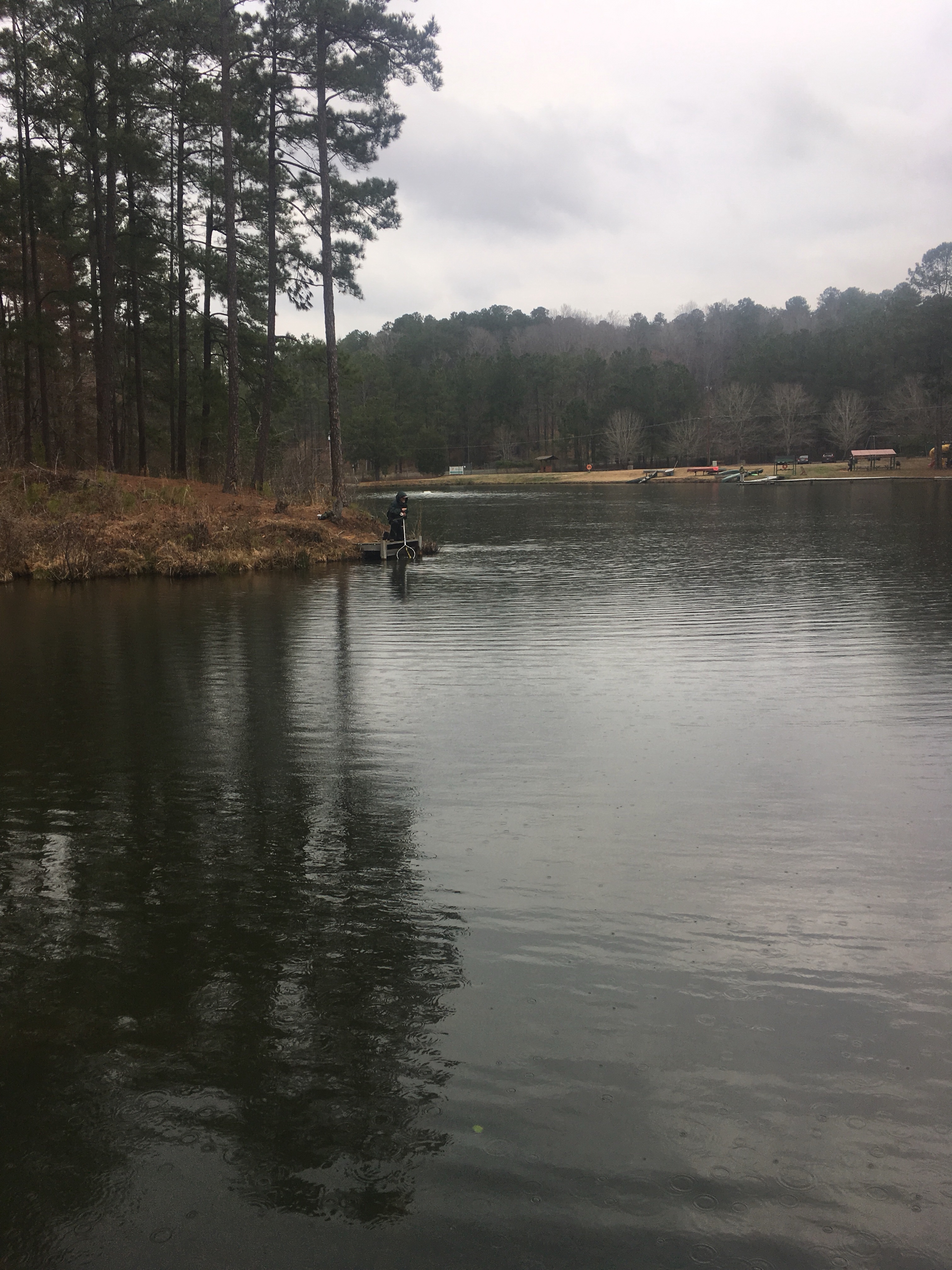 We then figured out that olive wooly buggers were the ticket, and over the afternoon we each caught a dozen or so, big strong fish, 16-24″. It rained on and off during the day, but the fishing was good in the afternoon and that made for a great time. Good fellowship and lots of trout. A great way to spend a late winter day. 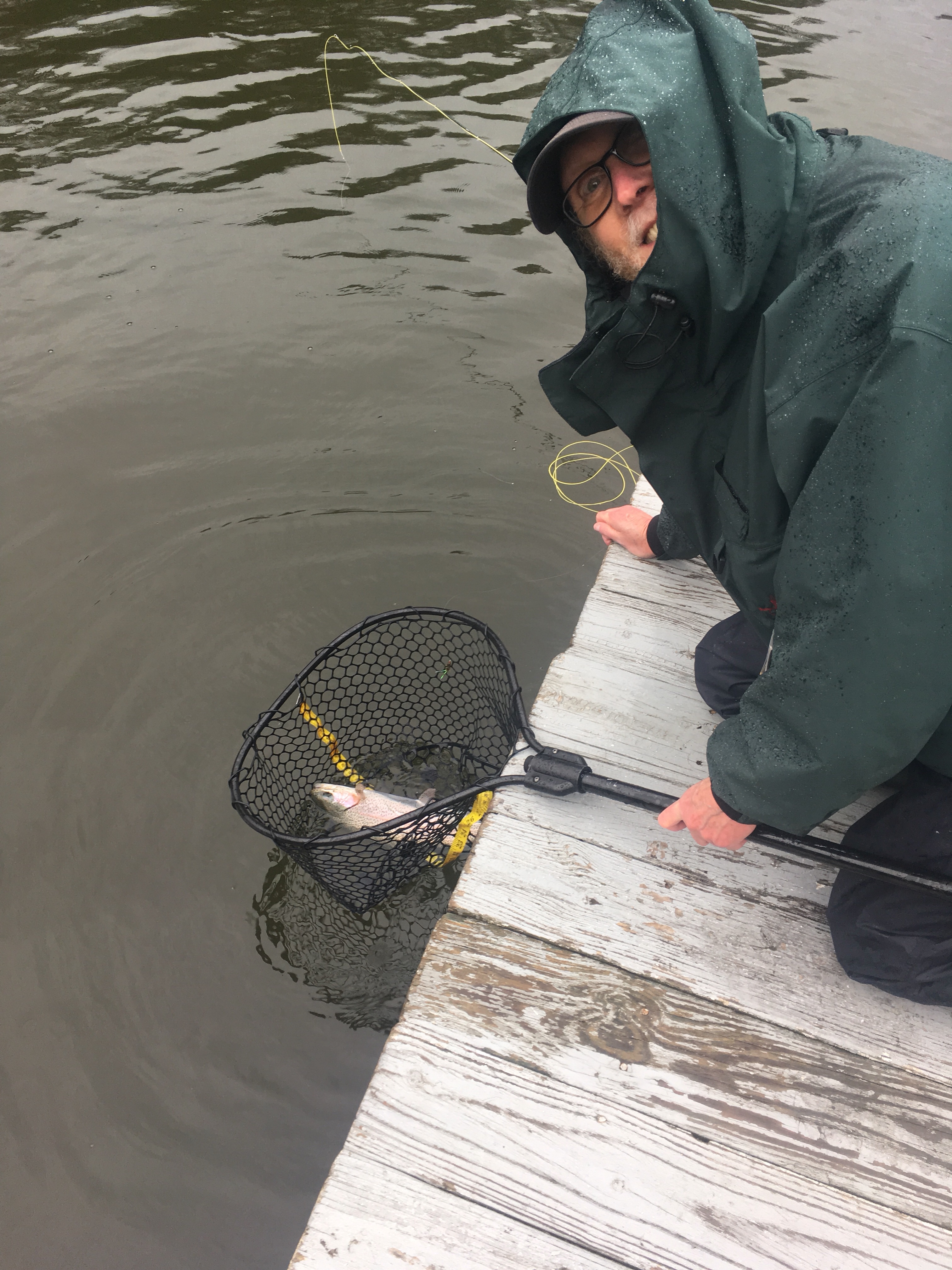