One of the great things the local TU chapter does is to work with the local YMCA to run a winter trout fishery. They put 2000 trout in the ~5 acre lake in October, and again later in the season. This gives us piedmont residents the chance to catch trout 15 minutes from home, rather than 2 hours! Today was gray, overcast with temperatures in the low 40’s and spitting rain, but it was one of the two dates Sam and I had booked this season so off we went. I started quickly, catching a nice rainbow less than 10 minutes after getting to the lake. I’d have to wait awhile for others, but we caught fish throughout the day…not fast action, but each of the 7 anglers caught several. Sam and I each netted 8 or so nice fish, with other break offs and missed strikes. A great day! We used nymphs, dries and streamers. It varied throughout the day. No discernible hatches, so catches were a matter of getting the fly in front of a cruising fish. You might think this is like shooting fish in the proverbial barrel, but not so! These can be very tough fish to catch, especially when they zero in on hatching midges, for example.

Looking forward to next time! 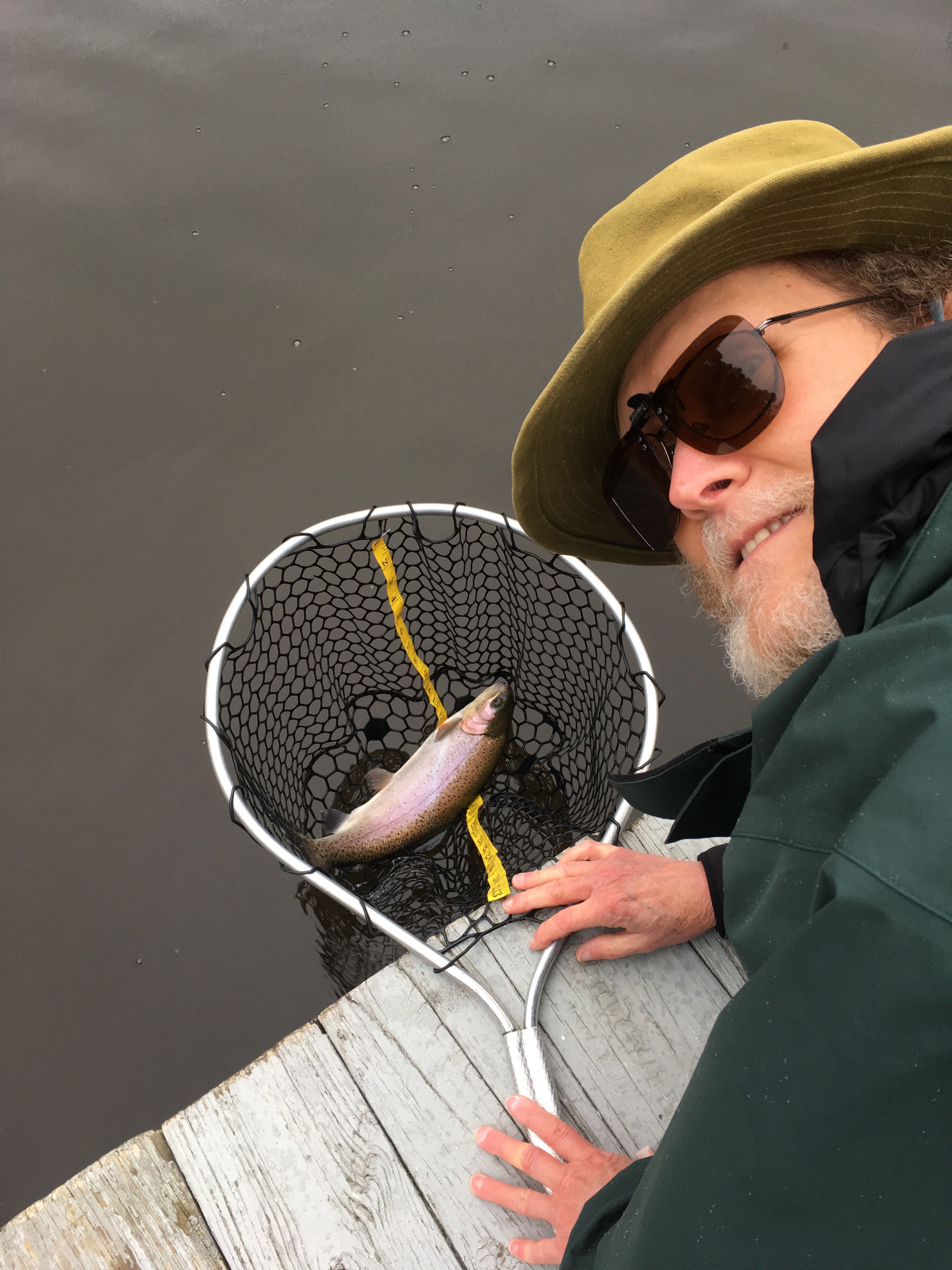 Sam with a rainbow 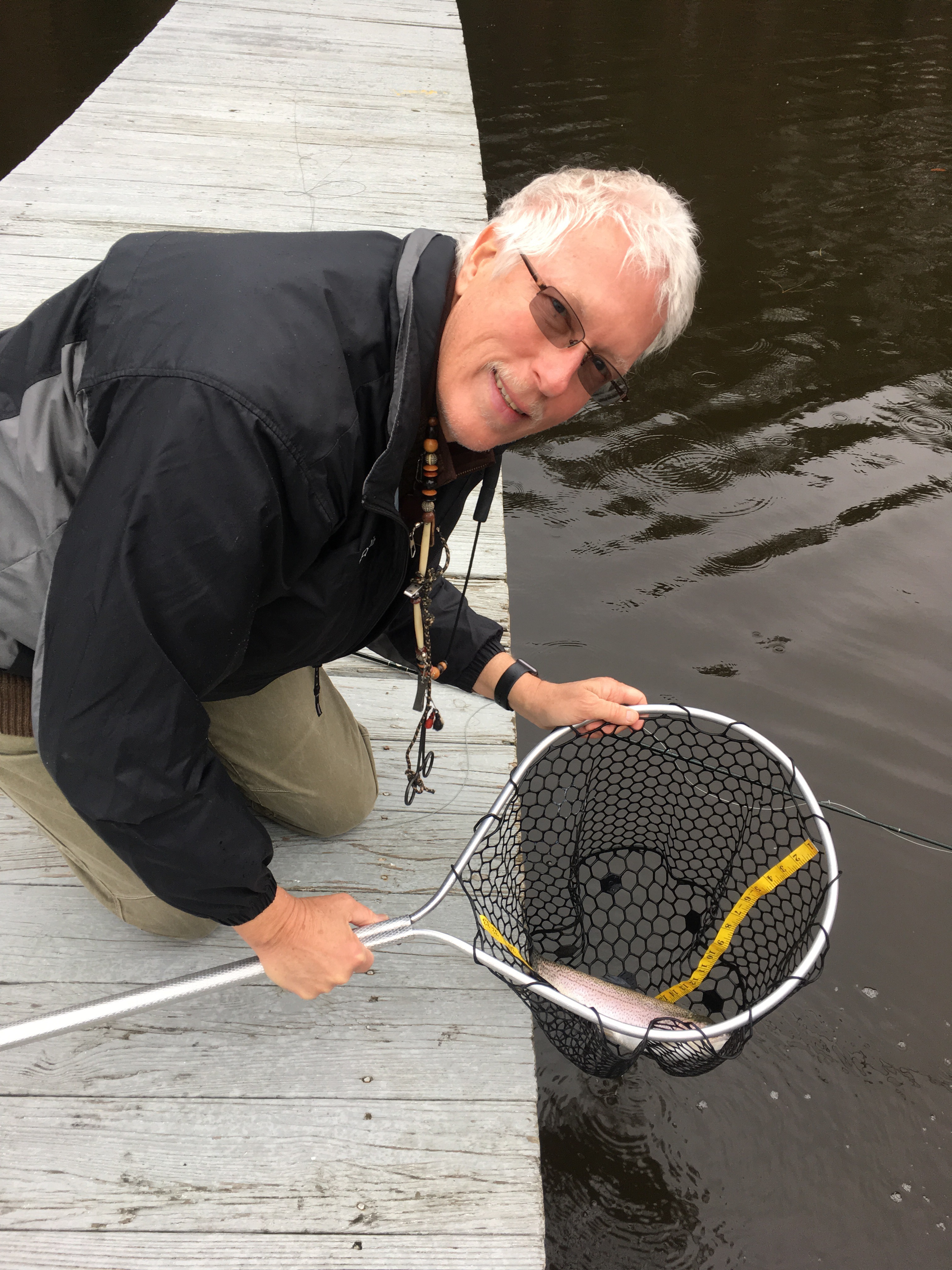 Joel with a nice fish, too 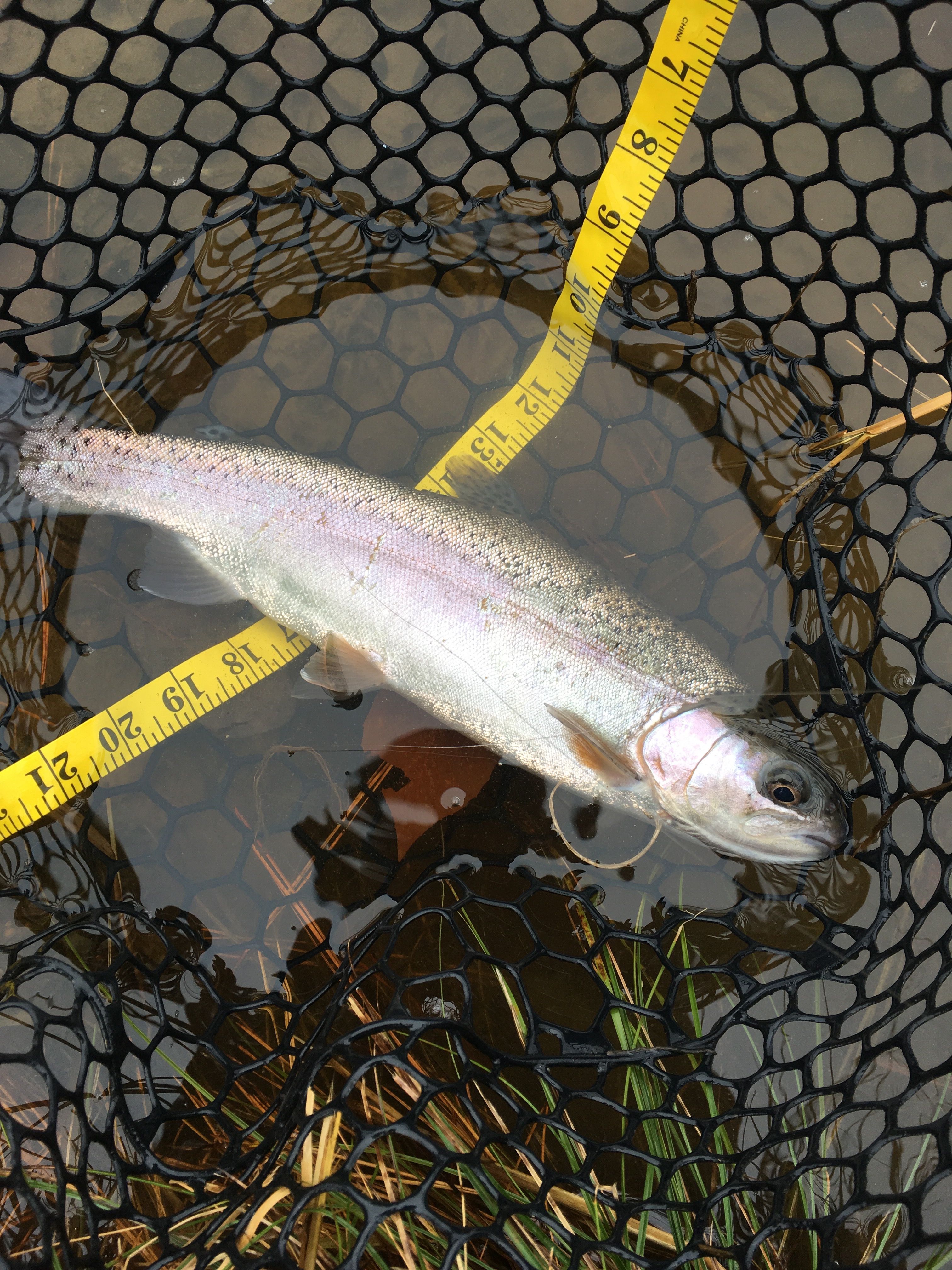 Closeup of a typical stocked rainbow