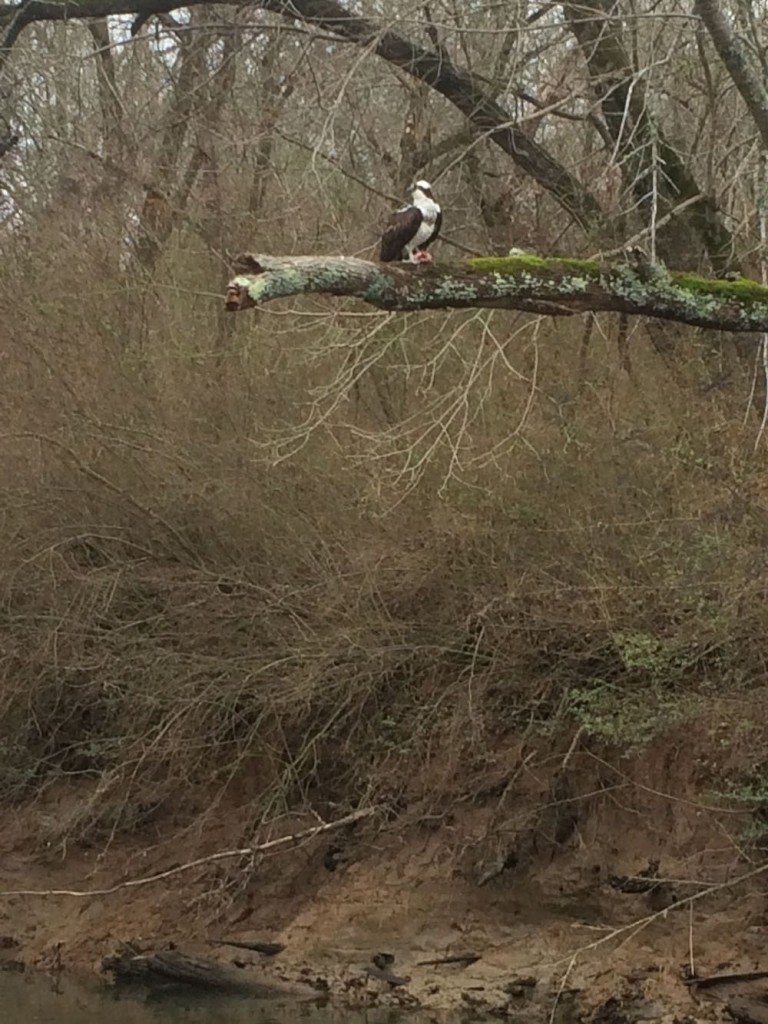 St. Patrick’s Day, this past Tuesday, was beautiful with blue skies and temperatures in the upper 70’s. Was that the day that I made my annual trek to Weldon for the shad run?  Nope! Sam and I waited until Friday the 20th, with temps starting in the 30’s and topping out about 50, with some drizzle and thick clouds. However, it was the best day for the two of us to get together so we loaded up the canoe on the old red truck for the 2 hour trip.

We didn’t rush due to the cold and rain…rain which was pulling out to the northeast. We timed our drive well, and the rain was finished by the time we arrived. We paddled across the river to our usual spot, but things didn’t look too promising, as we were virtually the only folks at the landing — never a good sign with something like the shad run, where people fishing means the fish are in. However, onward! We beached the canoe and clambered over the rocks to the top of the “Little River,” where the flow splits 90/10, with the small flow being the “Little River.” The water was quite chilly (49F) as I wet-waded through crotch-deep water to our favorite fishing rocks 🙂 . Invigorating!

Well, to say fishing was slow was an understatement.  However, I did manage a half dozen Hickory Shad, and besides, the camaraderie made the trip worthwhile, regardless of what we caught. 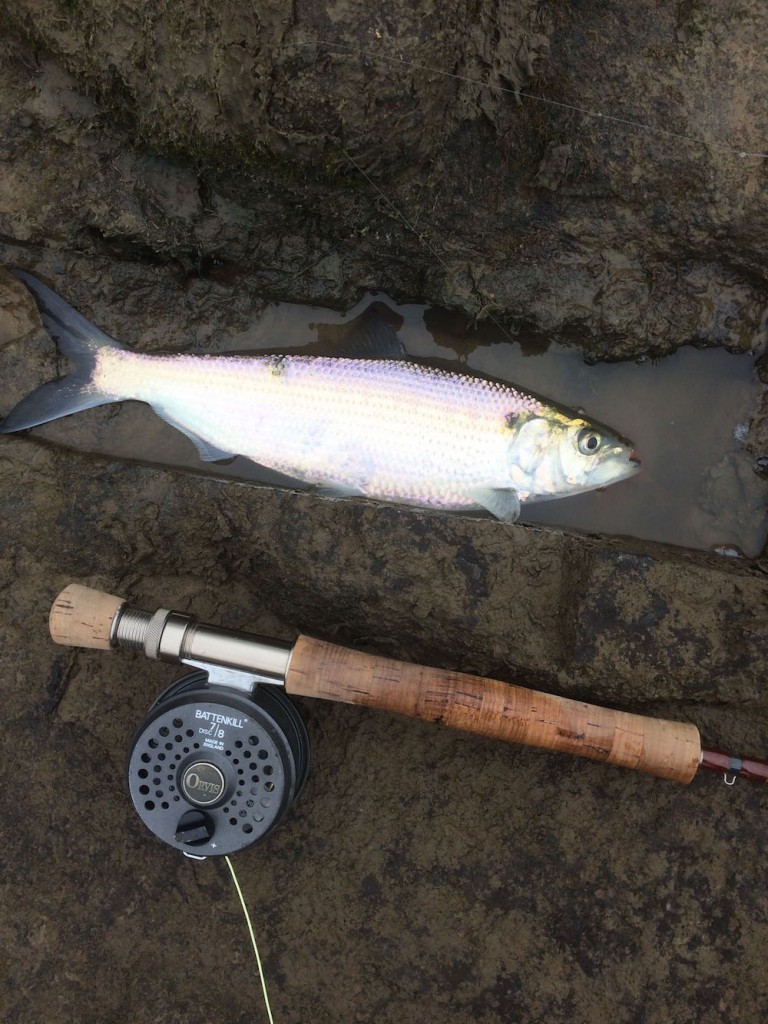 All the fish I caught were on a single orange fly…orange chenille body, orange bucktail wing, with some gold crystal flash added for good measure. This particular fly had bead chain eyes rather than the weighted eyes I usually use, and that may have made a difference but I think it really was more just putting the fly in front of a fish, and I had a better day of that than Sam.

We saw a number of ospreys during the day, mostly as fishless as us 🙂 but one did catch a fish just a bit down the river from us, and it flew into a nearby tree to eat the shad while we fished. We also saw a bald eagle, also clutching a shad, on the far side of the river. In the past, we’ve seen wild turkeys fly by, but none today.

All in all, a great day of fishing, so-so catching, good bird watching, and great fellowship.

1 thought on “Shad, ospreys, and eagles”